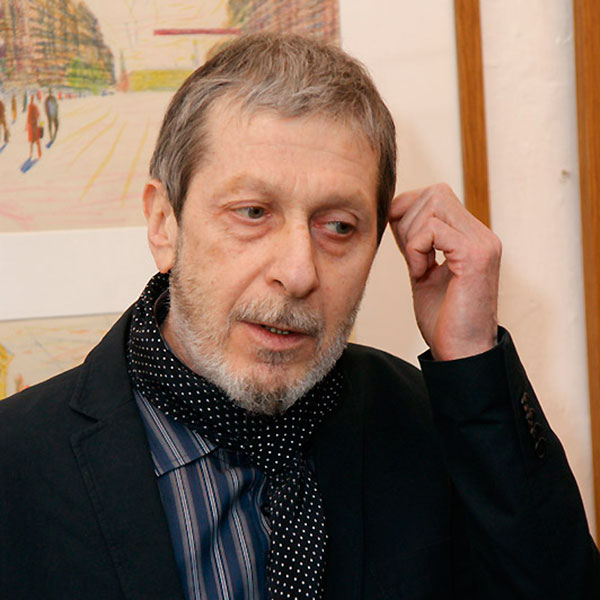 Mikhail Kopylkov was born in Leningrad on August 9th, 1946. In 1969, he graduated from the Stieglitz Art and Industry Academy, Decorative and Applied Arts Department, Chair of Ceramics and Glass.

Mikhail considers professor Vladimir Vasilkovsky, a reputed artist and architect, to have been his principle teacher.

From 1969 to 1971, he worked as a teacher of the Basics of Ceramics at the Children’s Art School #1 of the Dzerzhinsky District, Leningrad.

From 1971 to 1990, he worked as a full-time artist at the Applied Arts Plant under the Leningrad Branch of the RSFSR Artistic Foundation. Mikhail elaborated and performed publiс building’ exterior and interior design as well as launched non-commercial projects of his own design.

In 1975, he became a member of the Union of Artists of the USSR.

From 1988 to 1989, Mr. Kopylkov headed the Chair of Ceramics and Glass of the Stieglitz Art and Industry Academy.

In 1996, he joined the Rare Books from Saint Petersburg Publishing House.

In 1968, he started participating in city, republican, all-union, and international exhibitions and contests (over 150).

From 1977 to 1986, Mikhail coordinated Leningrad exhibitions of ceramics and nine One Composition artistic crew’s exhibitions.

2006 – cover design of G. Kapelyan’s Out of Context, Saint Petersburg;

2008 – cover design of the handwritten copy of the Constitution of the Russian Federation, an illustrated deluxe edition by Rare Books from Saint Petersburg PH, Saint Petersburg.

At present, Mikhail Kopylkov lives and works in Saint Petersburg.