It was adopted by the Nation-Wide Voting (Referendum) on December 12, 1993. Some 58 percent of participants in the referendum voted for it. The Constitution took effect on the date it was published in The Rossiyskaya Gazeta, on December 25, 1993. The Constitution became a manifesto of the new democratic Russia. An important distinction of the current Constitution from the earlier adopted ones is its special drafting procedure. Two of its drafts were simultaneously drafted; disputes concerning them caused the aggravation of the 1992/1993 constitutional crisis that resulted in an armed conflict in October 1993 and had chances of turning into the civil war.

In Latin, constitutio means “structure”. In the essence, the Constitution is the principal document of the state and the source of national system of law. It is a written law, a set of laws or constitutional customs that declare and guarantee rights and freedoms of a person and national, determine the basics of the political system, the form of governance and territorial system as well as the basics of arranging central and local authorities.

Being the principal document of the state, the Constitution does not need any legal confirmation. All laws adopted in our country should not contradict the Constitution; otherwise they are subject to cancellation. Regulations set forth in the Russian Constitution of 1993 are abstract; their principal objective is to assign the most important provisions in public relations.
The Constitution declares the Russian President as the head of state and vests in him/her the duties to protect the Constitution, rights and freedoms of a person and national, protection of sovereignty of the Russian Federation, its independence and political integrity, ensuring coordinated operation and interaction between governmental authorities.

December 12 was announced a day-off – this tradition was maintained till 2004 when Vladimir Putin re-elected for the second presidential term signed the appropriate law.

The submitted Constitution version limited powers of the President who became a nominal figure, whereas the Parliament undertook the main state governance functions.

President Boris N. Yeltsin wrote another draft Constitution, which was extremely negatively assessed by O.G.Rumyantsev, responsible secretary of the Constitutional Committee, and V.I. Lafitsky, expert of the Constitution Commission, in political and legal terms. In the essence, the presidential version of the Principal Law of the Russian Federation was declined; and the chance at achieving the compromise was also lost.

Nonetheless, the Russian President and his proponents continued working on the Constitution, without agreeing the draft with the RF Supreme Soviet and the Constitution Commission. The crisis became more severe and the President had to decide to dissolve the Congress of People’s Deputies and also the Supreme Soviet of the Russian Federation. The appropriate Decree was published on September 21, 1993, but the Congress of People’s Deputies refused to divest itself of authority and in its Resolution of September 24, 1993, On Political Situation in Russia in Connection with Coup d’Etat categorized the President’s actions as an attempted coup d’etat.

After the White House was fired on in October 1993, the final work on the draft Russian Constitution started. According to the existing environment, the President established the Governmental and Public Chambers of the Constitutional Meeting. All chapters were approved of and all of the articles were agreed upon. 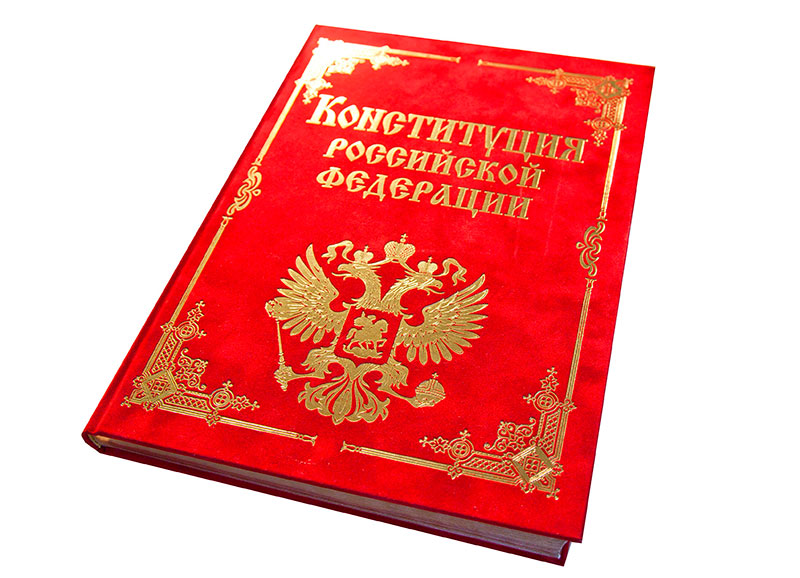