Drafting of the new Principal Law was connected, first and foremost, with the victory of socialism, full restructuring of the socio-economic, political and spiritual spheres of life, which necessitated making amendments to the Union Constitution. At the initiative of the Workers’ and Peasants’ Party Central Committee, the Seventh All-Union Congress of Soviets made a decision to incorporate the same, which, in the end, resulted in drafting by the Constitutional Commission of a new draft Principal Law.

Therefore, the Extraordinary Eighth Congress of Soviets of USSR adopted a new USSR Constitution called “Stalin Constitution” in propaganda, on December 5, 1936. It is noteworthy that its principal author was Nikolay Ivanovich Bukharin, an illustrious political figure; Karl Berngardovich Radek also took part in drafting the constitution. Both of them were victimized later.

The government of the country retained its former name – the Soviet of People’s Commissioners, being the supreme executive body accountable to the Supreme Soviet and its Presidium. The USSR Constitution of 1936 preserved all rights and freedoms guaranteed in the former constitutions, and new ones were also introduced. They relied on the class essence, proletarian dictatorship, but, in connection with elimination of the exploiting class, a number of limitations was lifted in elective law. For the first time, the principle of equality of citizens, “irrespective of their nationality and race”, was assigned. The provisions pertaining to cancellation of private ownership were set out; the priority of the socialist management system and social ownership of capital goods was announced; the principal rights and duties of citizens, the particular features of the elective system, the system and competence of the supreme and local authorities were described. The principle of equality of all nationals and also the principle of distribution “from every person, according to his abilities; to every person, according to his work” were announced. Old-age and sickness benefits, freedom of conscience, word, media and meetings were guaranteed.

Despite expressly outlined democratic basics, which were unique for that time and recorded in the Principal Law of the State, the USSR Constitution of 1936 was largely declarative by nature as evidenced by a new wave of mass repressions that followed almost immediately after adoption of the constitution. 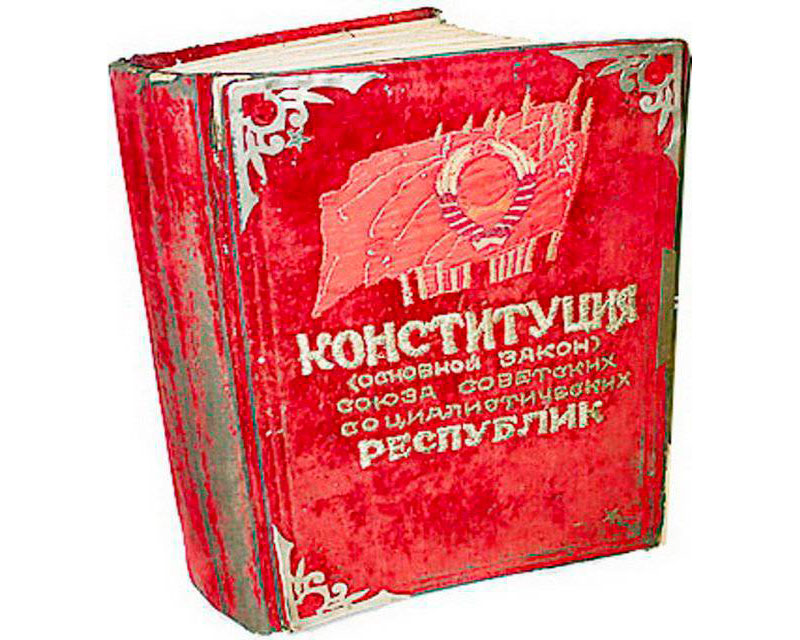