The State flag is one official symbols of a state. There was no universally accepted flag for Russia until the middle of the 17th century.

The earliest mention of the flag occurs during the reign of Tsar Alexis I, in 1668, and is related to the construction of the first Russian naval ship, the frigate Oryol. But this ship was soon burnt by the fellow-fighters of Stepan Razin. In January 1705 Peter the Great made an order prescribing the merchant ships to have a tricolor on their pillars. The Tsar himself drew the sample of the flag and defined the sequence of colors. This flag was used on naval ships until the St. Andrew Flag was adopted. Immediately after his coronation on May 7th, 1883 emperor Alexander III published the Imperial dictate announcing the Petrovsky flag to be the official flag of the Russian Empire (before the official flag of Russia was a black-yellow-white tricolor accepted by emperor Alexander II in June 1858). The dictate said: “On the state occasions, when it is possible to decorate buildings with flags, use only the Russian flag consisting of three stripes: upper: white, middle: blue and the lower: red”. The colours were associated with the title of the Emperor “of all the Great, White and Small Russia” where the red stood for Great Russia, blue for small Russia and white for Belarus.

In 1896 soon before the coronation of Tsar Nicholas II the Ministry of Justice authorized the tricolor to be used as the official flag of the Russian Empire. In April 1918 when the Bolsheviks took power, the tricolor design was discarded, and a definitive new flag of the Russian Republic (one of the constituent republics of the Soviet Union) was introduced, and this remained the republic’s flag until the collapse of the Soviet Union in 1991. All of the Soviet Republics’ flags were created by introducing a small, but noticeable change, to the flag of the Soviet Union. In this case, the change was an introduction of the left-hand blue band. The previous Soviet design was different (a plain red flag with different variants of the “RSFSR” abbreviation in the honour canton).

The original flag of 1883 (rather than the black-yellow-white colour combination) was re-adopted by Russia on August 22, 1991. The re-adoption date is celebrated yearly as national flag day. This date was authorized by the first President of Russia Boris Eltsin on August 20th, 1994.

Today the colours on the Russian flag are described as follows: white stands for peace, purity, virginity and excellence; blue is belief and faith, constancy; red stands for the energy, power and blood spilled for the motherland.

Concerts and festive programmes will be held in many Moscow parks on August 22nd. The United Russia political party promised to organize a mass singing of the Russian national anthem. The action will start at midday Moscow time.

According to the order of the Moscow government all buildings in the city will be decorated with Russian flags.

The State Duma Speaker Boris Gryzlov has also congratulated the Russian citizens with this holiday. He noticed that “at all times the hoisted flag of the Russian Federation will remain a symbol of power, dependability and safety. Russians can be proud of their flag and their motherland”. He also added that “respect for the national symbols is a very important feature of national self-identification”. 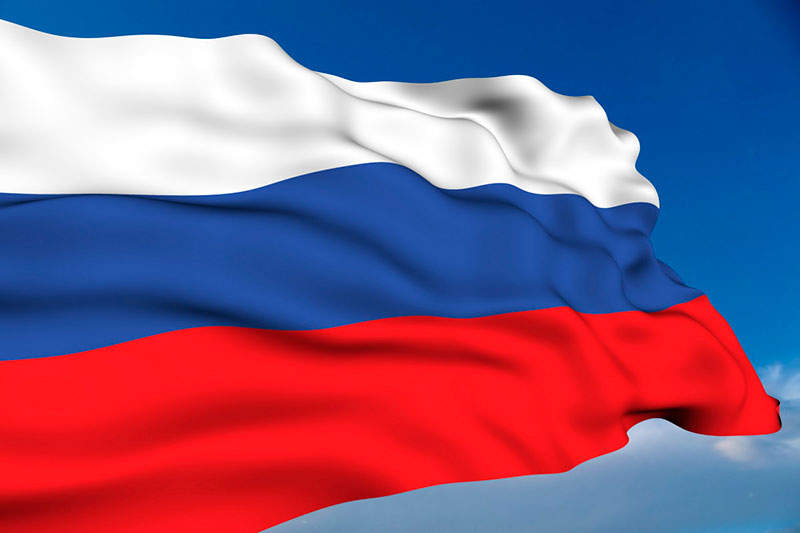